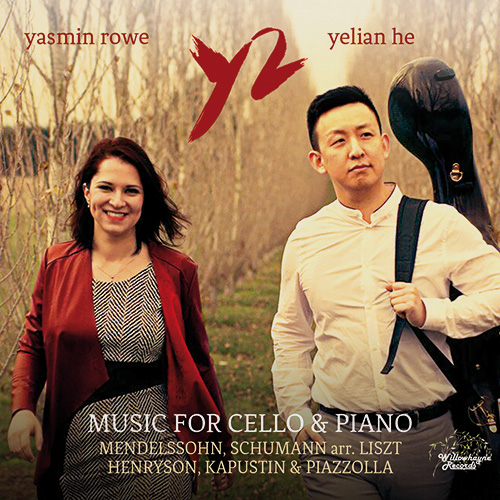 Available now on:
Update Required To play the media you will need to either update your browser to a recent version or update your Flash plugin.

Released in November 2017, this is the debut CD release from Yasmin Rowe and Yelian He (known collectively as “Y-Squared”).

Recorded in the UK by Willowhayne Records, this CD marks a collection of favorite concert works Y-Squared has come across in their decade as an ensemble, that they could fit on 1 CD.

This CD can also be found on British Airways in-flight entertainment system.

This release includes the world première recording of Svante Henrysson’s “On A Day Like This” for solo cello.

“Yelian He plays On A Day Like This and Black Run with all the passion, energy and technical mastery that I as a composer could wish for. It is a joy to hear his versions.” – Svante Henryson

Felix Mendelssohn:  Sonata for piano and cello No.2 in D major, Op.58

Svante Henryson:  Black Run; On a Day Like This