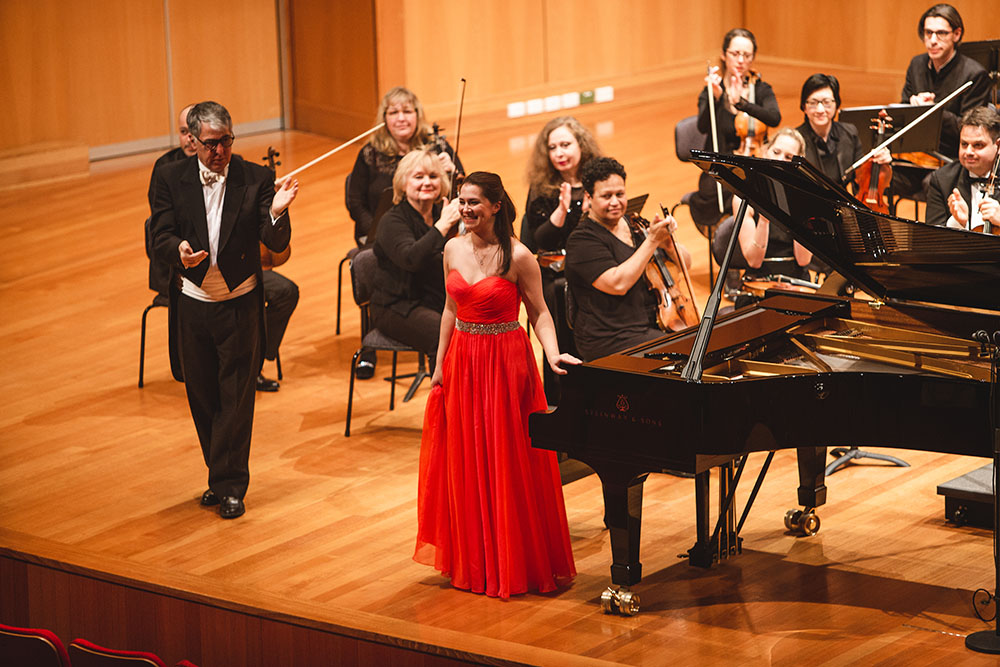 Yasmin Rowe is a British concert pianist based in Melbourne. A rising and talented exponent of all genres of piano music, her performances are delivered with a focus and passion that have led to her performing around the world. Venues have included the Wigmore and Bridgewater Halls in the UK, as well as recital and concerto appearances in Peru, China and Canada.

Rowe’s 2016 debut album was quickly picked up by British Airways for their in-flight entertainment system. The album was praised by eminent pianist Jean-Efflam Bavouzet who said:

‘After listening to this CD of Yasmin Rowe, it is refreshing to hear music played with conviction, love and authenticity. We can therefore enjoy the pure beauty of these masterpieces under her inspired fingers. Her playing calls for respect. ‘

Rowe presents a selection of lyrical and colourful works by Brahms and Clara Wieck-Schumann, along with Le Tombeau de Couperin by Ravel.